It might be more than twenty years old, but Disneyland in Paris is still one of Western Europe’s biggest highlights. A trip to Disneyland is guranteed fun for the entire family, but bear in mind that the park is so big you’ll need to plan ahead of time to make the most of it. To help you out, here’s a selection of Disneyland Paris’ top attractions not to be missed! 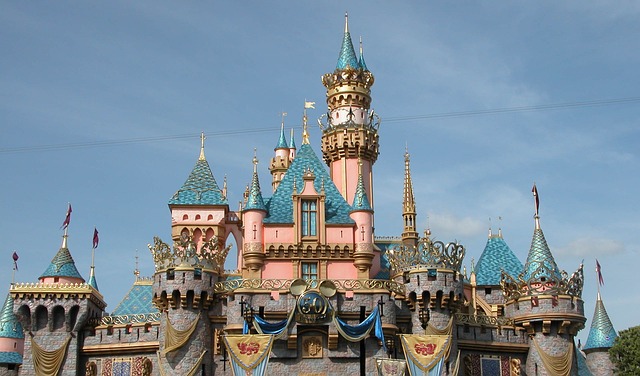 The Disney Parade is a daily attraction. A flotilla of themed floats that feature all your favorite Disney characters, the show lasts for about twenty minutes and starts at 5pm sharp. Be sure to get there early so you have a good spot to watch all of the action. There, you’ll get to see all the old Disney favorites up close, including Aladdin, The Lion King, The Little Mermaid, and of course, Mickey Mouse. The best place to watch is from the outer curve, so you can see easily without people leaning out and blocking your view of the floats.

One of the main highlights of any trip is surely Sleeping Beauty’s Castle. It’ might not seem much at first, but this attraction is a true icon of Disneyland Park and Disney itself. One of the main reasons to visit is that it doesn’t matter if you’re pressed for time, as it can be walked around in just 15 minutes or so. During that time you’ll come across a ton of great photo ops, especially at the balcony that looks out onto Fantasy Land. And don’t forget to check out the life-sized sleeping dragon that sometimes wakes up, roars and puffs smoke, before sleeping again.

Not only is it a pretty Castle by day, at night Disneyland uses it as a projection canvas for the Disney Dreams Night Show and it’s amazing! This explosion of light and colour follows the adventures of Peter Pan’s shadow as he weaves his way between classic Disney tales, dashing through incredible lasers, fantastic fountains and peaking in an extraordinary fireworks finale. Everything is designed around the shape of the castle so beautifully that you won’t be able to take your eyes off it. The show is hard to miss as it comes on as the park is closing every evening.

The Twilight Zone Tower of Terror

If you’re looking for an attraction that’s even more exciting than when you go on a Grand Canyon helicopter tour, the Twilight Zone Tower of Terror is surely it. This marvel stands at almost 200 feet tall and features a number of rapid drops. The ride is based on Disney’s popular Twilight Zone series, and takes place in a remake of the Hollywood Tower Hotel in California. Riders make their way through the main reception of the hotel and to the back of a more gloomy basement, where they are shuffled into a seemingly ordinary hotel service lift. Once in the lift, riders are transported from level to level being shown a brief back story in which people mysteriously disappeared from a hotel elevator under the influence of some supernatural element. The lift doors open right at the top before it drops and although you get a gorgeous view of the whole of Disneyland, your stomach will be up in your throat so you won’t appreciate it at first! So be sure to give Tower of Terror a few goes.

Last but not least, don’t forget to enjoy a journey into Outer Space at Disneyland’s popular Space Mountain. This really is one of the most exciting rides Disneyland has to offer, it’s based on the famous novel by Jules Verne “From the Earth to the Moon” and catapults riders into darkness, where they’ll whizz past celestial satellites and shooting stars at an incredible 56 km per hour! Absolutely unmissable.